It’s been almost two years since I was first impacted by the beautiful people of Kolkata, India.  That city left a mark on my heart that is easy to uncover with a simple reminder of the challenges that face many of the women who live there.

Earlier this year I had the privilege of meeting the leaders of Freeset, an organization in Kolkata dedicated to rescuing woman from human trafficking.  It didn’t take much for that little mark on my heart to ache from the stories that I heard.

“My mother’s life was very hard, but she did it for us – my brother and I,” Sonhita says of her mother who worked in the sex trade.  For Sonhita, growing up in a red light area meant her life was constantly affected by the sex trade. “All the time there were customers in our room. When I was young it was hard to study because of this, I had to stay outside and play in the street with friends.  It was really difficult.  When I got older it got even worse – many customers wanted me.  I thought, ‘If only I could just grow up and get married to get away from this’… but my mother didn’t have enough money to give me in marriage.”

It was a relief for her then, when one day she noticed some foreigners spending a lot of time in the area. “I saw Kerry, and asked him if I could work and he said OK, come. Freeset has brought a big change in my life – it solved lots of my problems,” she says.

For one thing, Sonhita was able to get married, “My parents were not financially strong enough to ‘give me away,’ so I got married with my own savings from working at Freeset.”

But life still presents her with tough challenges. Sonhita’s three year old daughter has suffered from serious medical issues since she was very young. “The money I get from Freeset for my daughter’s treatment is a lot higher than the salary that I draw. If I hadn’t received that help from the Freeset family, it would never have been possible for me to pay for my daughter’s treatment” she says.

She is quite certain of Freeset’s place in the community, “People always say that due to this place many women have been able to quit the line. Their uncertain lives have found certainty.”

Freeset is located in Calcutta, India, helping to free women from human trafficking by providing them employment with dignity through sewing bags. Every woman is provided medical insurance, retirement, daycare for their children, classes to learn how to read and write, and three times the wage they would receive “in line.”

It’s no secret to you all that I love to give at Christmas time, but I love to give in ways that not only bless the one I’m giving the gift to, but bless the hands who created the gift.  As you do your Christmas shopping this year, let me encourage you to order a Freeset bag or two.  A beautiful gift that also gives hope and dignity to a woman across the globe.

Join us every day, December 1-12, for 12 Days of Freedom with Freeset and become a part of the freedom story. Watch our video, shop our bags, change lives. 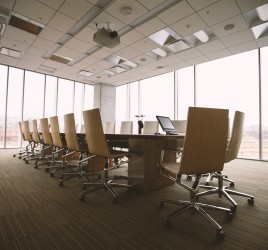